In the ever-evolving era of online commerce, consumers have embraced a new form of payment at the purchasing page called “buy now, pay later”: drop 25 percent-or-so money down, then pay the rest in equal installments over the span of six weeks, no interest charges or fees included.

A type of no-cost and instant purchase financing, the arrangement sounds common-sense enough. Indeed, Americans have grown partial to the “buy now, pay later” (BNPL) model, especially when the world went into lockdown in early 2020 and retail went digital.

The problem is the “pay later” part of the deal has metastasized to the point where today’s consumers who are less-than economically sound are discovering such financing programs can be risky and detrimental to their present and future financial health. Hard-pressed consumers are now using it to stretch payments out of necessity, while other purchasers are buying higher-cost products without having to fork over the full amount.

All manner of digital finance companies – from PayPal and Affirm – have rolled out popular products around such short-term lending programs, especially for younger consumers who recoil at the very prospect of perpetual credit card debt. Unfortunately, as the industry continues with great efficiency to garner customers, delinquencies – as one might expect – have been rising. Inflation has been squeezing consumers’ savings accounts, which makes it even more difficult to pay off debts. Consumers’ lack of financial literacy, education, and awareness do not allow for budgeting properly, especially if they are lured into taking out multiple BNPL loan agreements — otherwise known as loan-stacking — while other consumers are credit-“sensitive” to begin with.

The issue of loan stacking is one of severe caution. A report released just last week by the Consumer Financial Protection Bureau warned of the ominous consequences of loan stacking. The CFPB report, which covers the five primary BPNL lenders — Affirm, AfterPay, Klarna, and PayPal, and Zip — discovered in late 2021 that four percent of users across the five platforms had taken out 10 or more BNPL loans, a warning sign that consumers may be using this emergency service for non-essential purchasing they, in fact, cannot afford. The report also found half the volume for the BNPL companies surveyed was in the consumer apparel industry.

“There is a lack of consideration of any other financial obligations of that consumer,” says Nadine Chabrier, senior policy council for the Center for Responsible Lending. “Imagine having 10 different due dates for payments all over the month, plus your regular bills. I think that’s concerning for a consumer when, potentially, they didn’t have the money to buy that product up front.”

While most of BNPL loans are paid with debit cards, individuals have the choice to pay with credit cards. That compounds the risk for leveraged borrowers by allowing them to pay for credit WITH credit. In 2021, 10 percent of BNPL installment payments were made with credit cards. If the cards are not paid off in full, those users face interest fees, which average 18.10 percent in the U.S., per Bankrate.

In a financial and economically tender era in which the American economy and consumer finance finds itself, overall financial health in the U.S. could get even worse than it already is.

“You have an industry with a higher concentration of subprime borrowers in a market that hasn’t been effectively tested through (this type of economy), and you have a kind of a toxic brew of concerns,” said Michael Taiano, an analyst with Fitch Ratings, on Fox Business.

Buy Now, Pay Later: Is the juice worth the squeeze? Depends who you ask

There are those U.S. consumers who have no problem taking out a loan – small dollar, BNPL, or otherwise – and easily make those regular installments with no issue. After all, there are countless reasons to take out a BNPL loan – you may not have the total funds for the purchase at the moment, but you know for a fact you can pay those installments. Unfortunately, the proof is in the pudding when it comes to consumers’ financial health awareness. BNPL services have drawn the attention of heightened regulatory attention in recent months for a number of reasons, one of which is because customers who are struggling in several areas of their financial lives actually use BNPL disproportionately.

The Financial Health Network reported the results of a recent survey to understand the BNPL market, the customers using it, and the implications on their financial health:

The most popular BNPL loans allow for four payments spread out over six weeks – one payment at the moment of purchase and three others that the customer often attempts to sync up with their paycheck periods. Longer-term loan agreements for larger purchases are also available, although once again the financial situation and discipline of the individual has to make one balk, especially considering the statistics shared above. They are no doubt attracted as well by the fact that most of the short-term loans have no interest attached to them, and the companies that do charge interest can state upfront how much the customer will pay in financial charges.

Given those semi-seductive loan features, both consumer advocates and financial advisors had at first seen BNPL plans as a possibly healthier form of consumer debt, “if used correctly.” That’s a pretty significant caveat in this context. The biggest concern – as one may guess – had been late fees, which could serve as a burly financial penalty charge on a minimal purchase if a customer is late on a payment. Those fees can rise to $34, plus interest. But the way delinquencies are rising with BNPL, and the aforementioned companies are becoming more aggressive in marketing their products, those consumer advocates have begun to see good reason for additional regulation in this consumer loan space.

Consumer Reports’ program director of advocacy Chuck Bell gets to the heart of the issue, especially when it comes to younger users: “Consumers don’t always understand how these loan programs work, or what help they can expect if something goes wrong.”

And that’s dangerous, because the BNPL industry is growing quickly, says a report released by the Consumer Financial Protection Bureau (CFPB). In 2021 alone, Americans took out roughly $24.2 billion in loans on BNPL programs. The scary part is that figure is up from just $2 billion in 2019, and is expected to jump even more.

Jasmine Francis, a Charlotte, North Carolina, technology analyst, claimed to use a BNPL service four years ago in order to purchase clothes from a leading clothing retailer. “I remember I just had a cartful. At first, I thought, “Something’s gotta go back. And then I saw Afterpay at checkout – you don’t pay for it all right now. That was music to my ears.”

It’s a familiar tale, and makes all the sense: Afterpay saw its monthly U.S. sales more than double in November 2020 from the year prior, to $2.1 billion.

How healthfully consumers are deciding to use BNPL loans is not clear, however Fitch Ratings found that delinquencies on those services rose steeply in the 12 months ending March 31, while credit card delinquencies remained stable. Citing the CFPB, a growing amount of loans the industry is making is being charged off – in other words, loans so delinquent they were considered uncollectible. The charge-off rate in 2021 was 2.39 percent, and it’s probably even higher in 2022, given the current economic turbulence. Not for nothing, the rate in 2020 was 1.83 percent.

Buy now, pay later customers also are using the service just as much as credit cards, according to credit reporting agency TransUnion, loading on debt on top of existing debt. Morning Consult released a recent poll that found that 15 percent of BNPL customers are learning to employ the service for things like groceries or gas – unhealthy consumer behaviors that sound the siren for financial advocates and advisors.

“If these buy now, pay later plans are not adequately budgeted for, they can have a cascading impact across a person’s entire financial life,” says Andre-Jean Pierre, a former Morgan Stanley wealth advisor, now with his own financial planning firm whose focus is counseling Black Americans how to save and budget appropriately.

What could possibly go wrong with “buy now, pay later?”

Another clear risk with BNPL is that such programs tend to offer consumers a false sense of security due to those seemingly affordable payments that tempt the individual to splurge.

According to a 2020 survey by Cardify.ai, almost half of BNPL participants confirmed they increased their spending between 10 percent to more than 40 percent when they use these plans compared with using their credit card. Two-thirds of BNPL customers said they would purchase more expensive items like jewelry and other “splurge” items they may have not otherwise acquired.

Financially-unaware consumers may also discover that installment payments are more difficult to keep track. A Cornerstone Advisors study in 2020 found that over the past two years, 43 percent of those who used BNPL services were late with a payment. Out of that 43 percent, two-thirds claimed the reason for missing their installments wasn’t because they couldn’t afford it – get this – they simply lost track of time and the payment schedule itself. if you recall, this represents one of many forms of financial literacy and health. Setting up automatic bill pay is an incredibly valuable financial health tool in keeping current with what a consumer owes.

Challenges can also abound if you discover a problem with the purchase after the fact, such as getting a refund for a product that failed to arrive or turned out to be defective. That’s because you will have to fulfill the requirements of both the BNPL lender and the retailer from which you bought the product. What follows often includes the infuriating hassle and coordination required between the consumer, the lender, and the merchant to correct the purchase-gone-wrong with any level of expedience or timely efficiency.

For Los Angeles resident LT Hohrn, getting a refund for an relatively expensive handbag from a popular retailer became a major nuisance. Featured in Consumer Reports, Horn said, “I was shopping online last September and clicked – then I had second thoughts, since I didn’t know the retailer.” She tried to cancel the transaction but she couldn’t contact the retailer by phone, and the retailer’s customer service rep said that all requests had to go directly through to the merchant.

Hohrn eventually returned the handbag, but the address turned out to be false, hence the package returning to Hohrn marked “undeliverable.” Upon being notified by Consumer Reports themselves, the store’s CEO took a look at Hohrn’s account and finally got the refund she deserved.

Alternative to BNPL has been here all along

The buy now, pay later model enables consumers – particularly the financially unhealthy – to put themselves in unpredictable purchasing situations that hurt their ability to consistently maintain their financial health goals, not to mention allow companies to prey upon their immediate wants and needs at the moment of purchase.

Working with and receiving financial health counseling from their local and member-oriented credit union will not only help members re-adjust their small dollar lending payment strategy in a way they can manage and grow, but also help them maintain focus and improve upon their financial goals for the future. 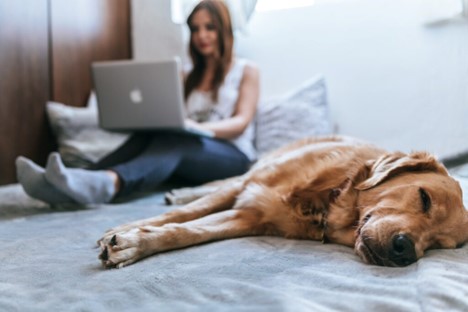 QCash Financial, a CUSO, is a fintech firm that is mission-driven to empower financial institutions in their quest to improve the financial well-being of their communities by providing loans to their members in under 60 seconds without the use of a credit score. The QCash platform is the best tool for advancing financial inclusion and access for credit union members.